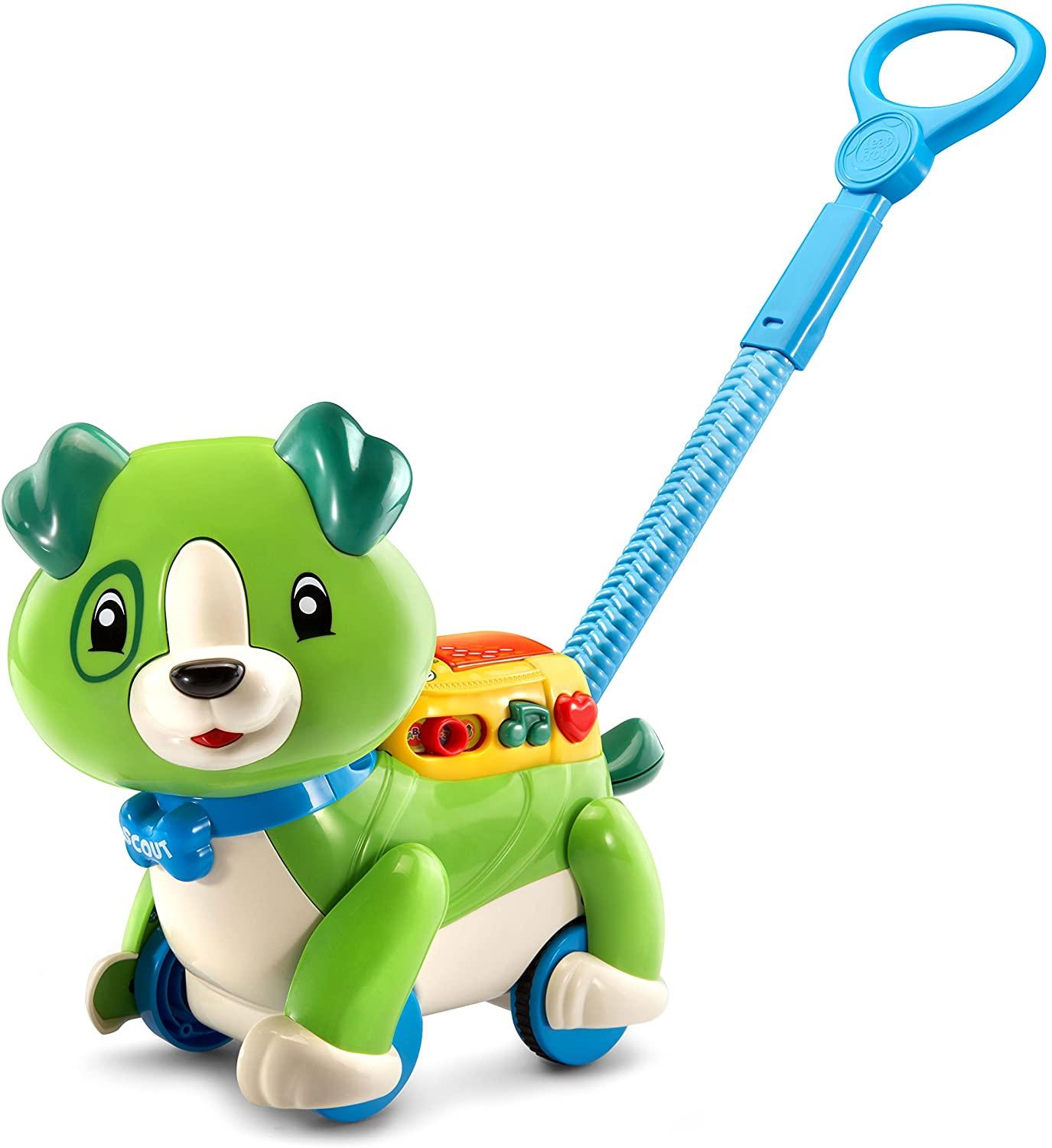 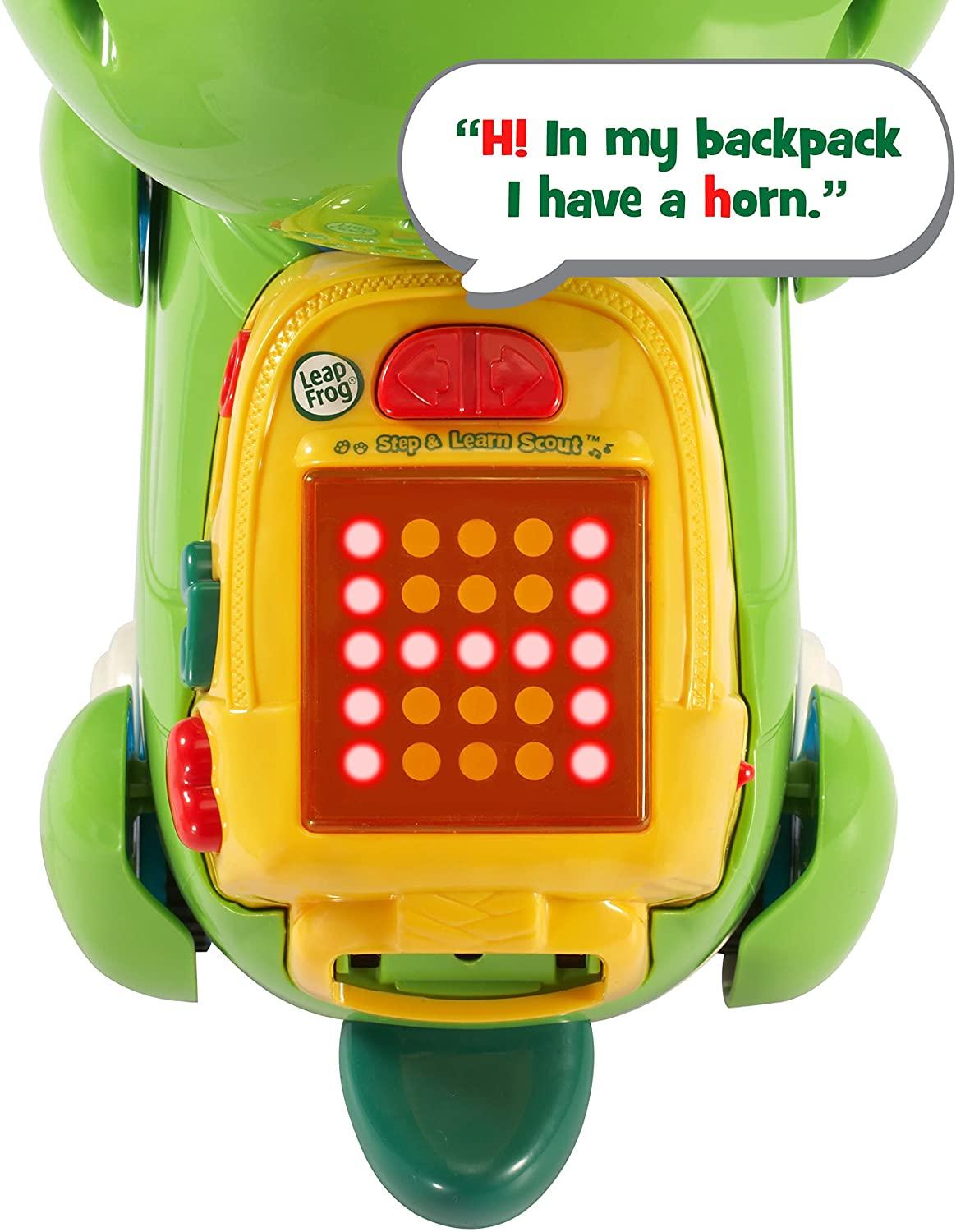 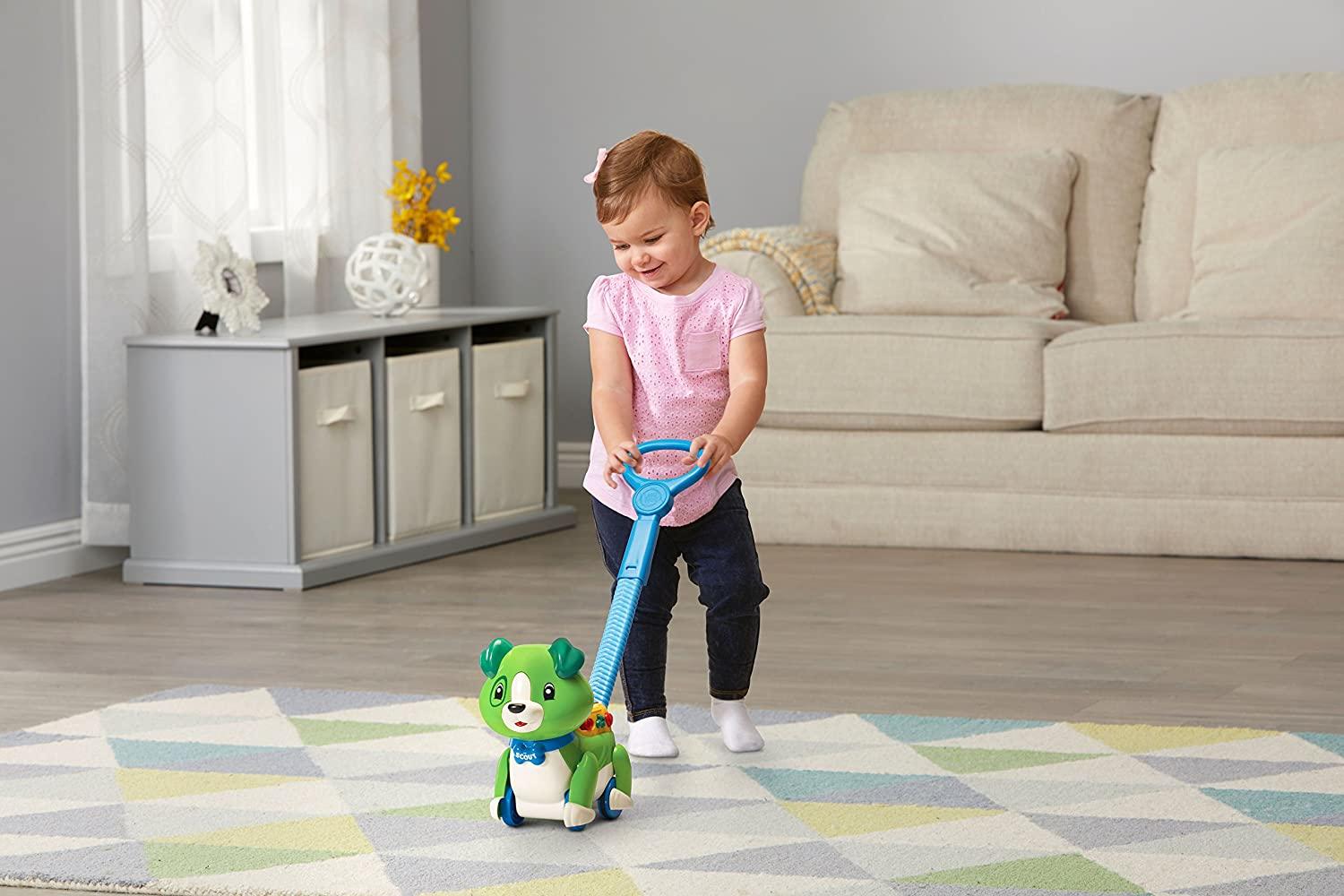 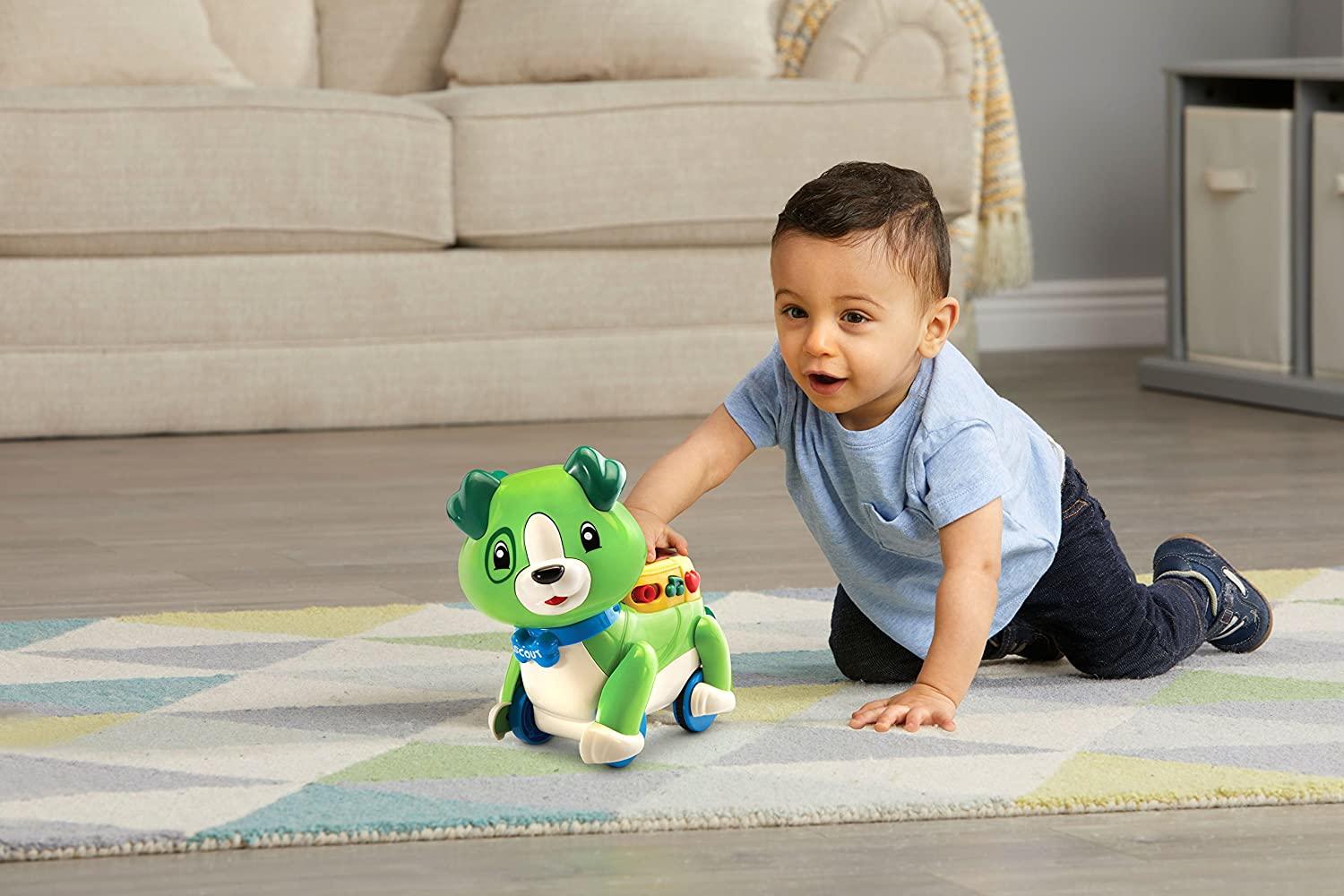 Toddlers will love the many ways they can play and learn with their pal Scout! Delight in using the leash to push this playful pup or remove it and manually scoot him along the floor. Watch as he energetically moves his head, legs and tail while he happily sings educational songs. Choose from three types of curriculum: letters, numbers and animal sounds. The learning songs are enhanced by letter and number graphics that scroll by on scout's backpack. Play fun guessing games about what's inside scout's backpack by pressing the arrow buttons to explore letters, numbers or animal sounds. Take care of Scout, and this cute interactive puppy will ask you for hugs and kisses!