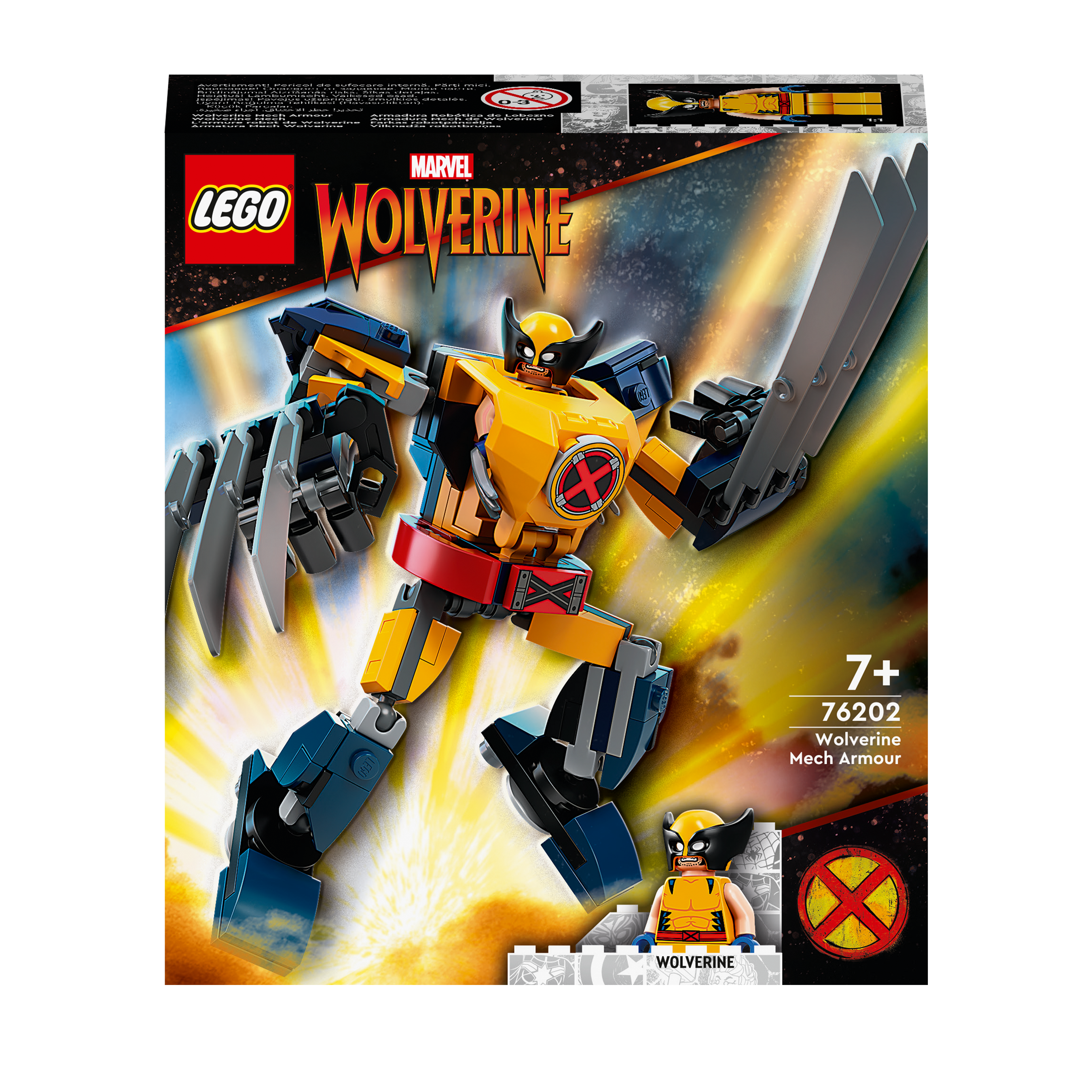 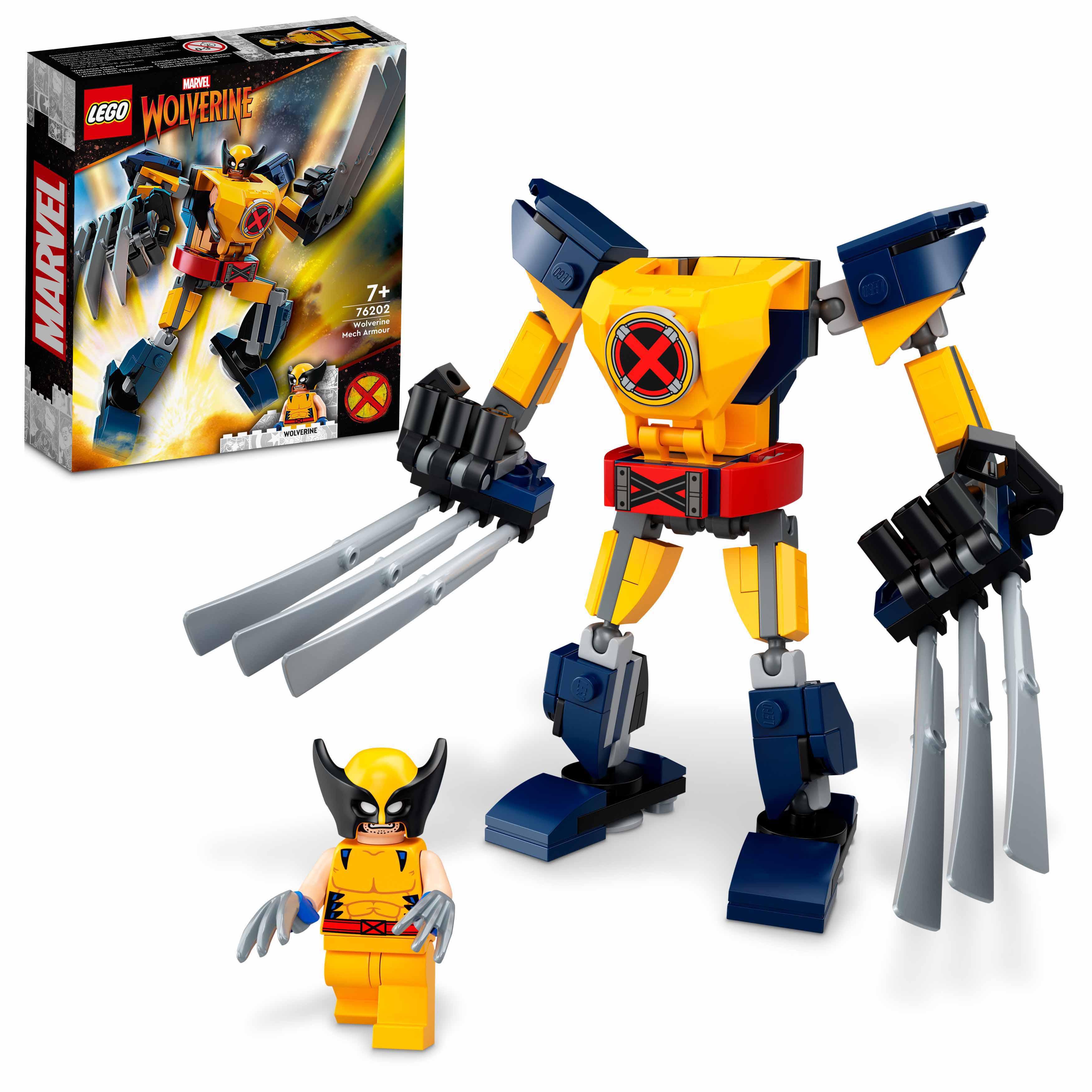 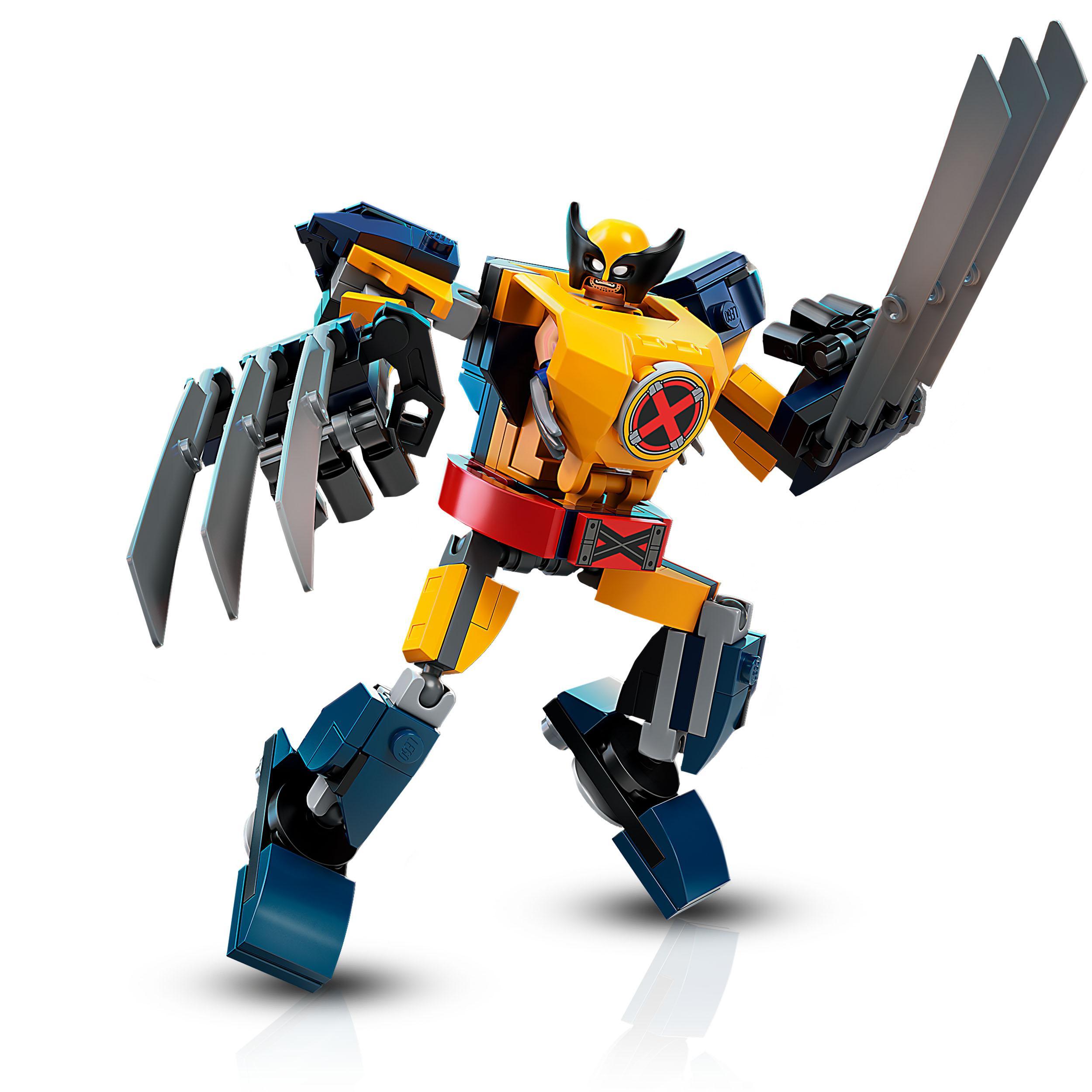 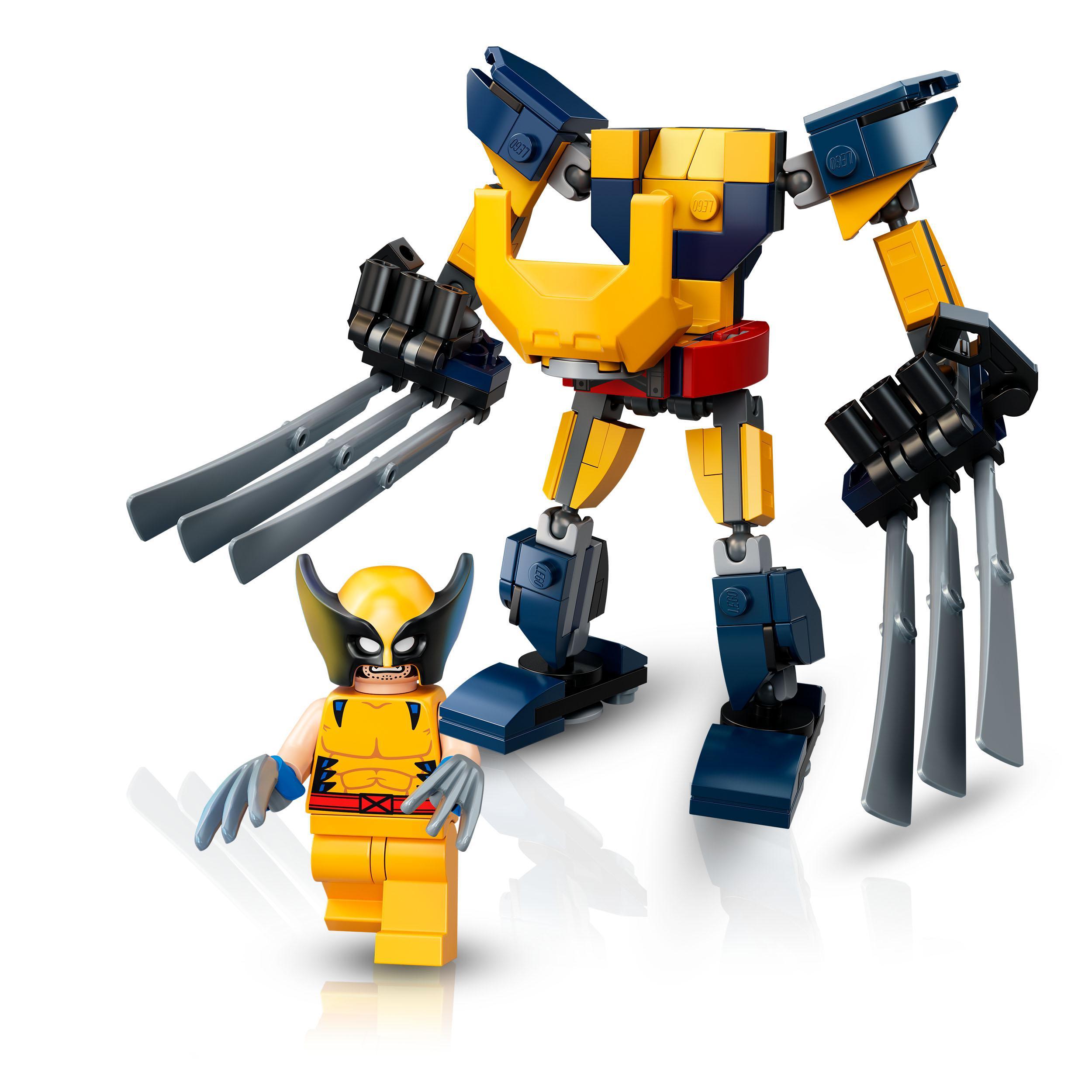 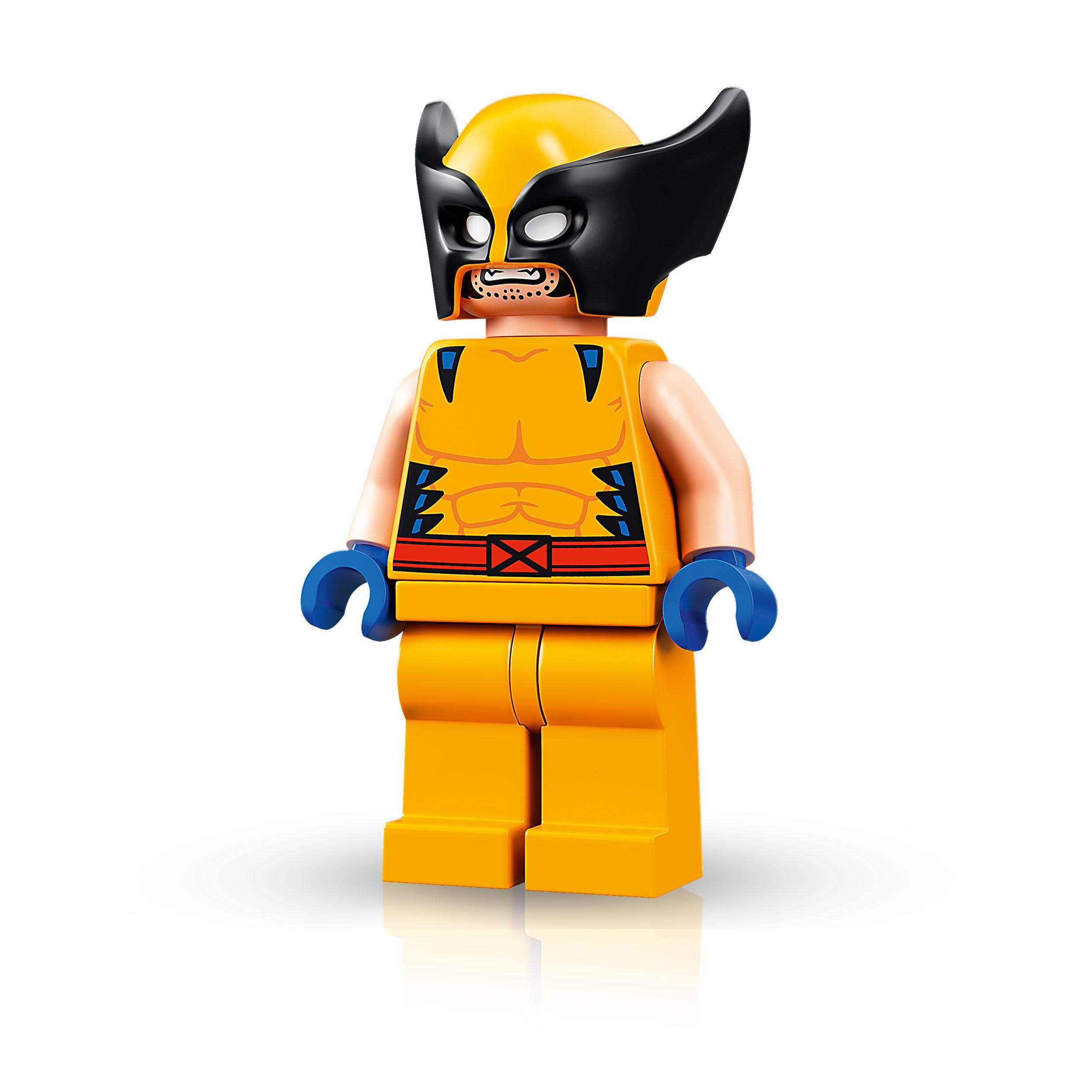 When kids put the Wolverine minifigure into the cockpit of the giant Wolverine mech, they take their creative play to new heights. The Super-Hero mech has movable arms and legs and giant, elongated claws attached to its powerful hands. Marvel movie fans can recreate favourite movie scenes, have epic battles with other mechs in their collection and play out endless imaginative adventures of their own. And, when the action’s over for the day, the awesome Wolverine mech looks great on display in kids’ rooms.

•    Scale-up the action! – With a Wolverine mech and minifigure, LEGO® Marvel Wolverine Mech Armor (76202) is a big treat for young Super Heroes

•    Open-ended play – Kids put the Wolverine minifigure into the mech’s opening cockpit, then use the movable mech and its extra-long claws to battle bad guys and role-play endless Super-Hero adventures

•    Gift for kids – A birthday, holiday or any-day treat for Marvel fans aged 7 and up

•    Build, play and display – Standing over 4.5 in. (12 cm) tall, the highly posable mech inspires endless imaginative role play and, when the day’s battles are over, can be displayed in a bedroom

•    More mechs, more fun! – There are lots more LEGO® Marvel mechs for kids to collect, letting them create their own multi-mech battles