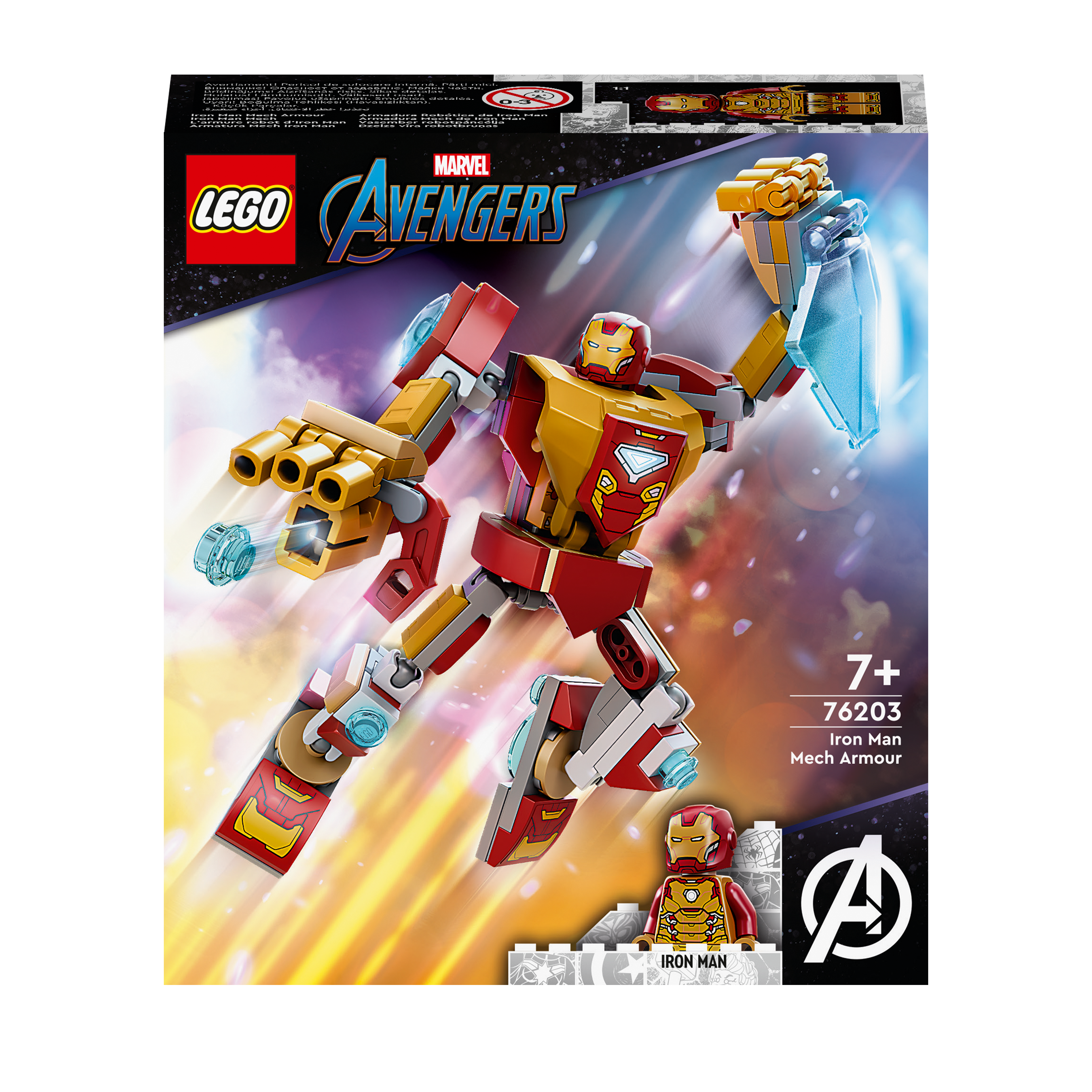 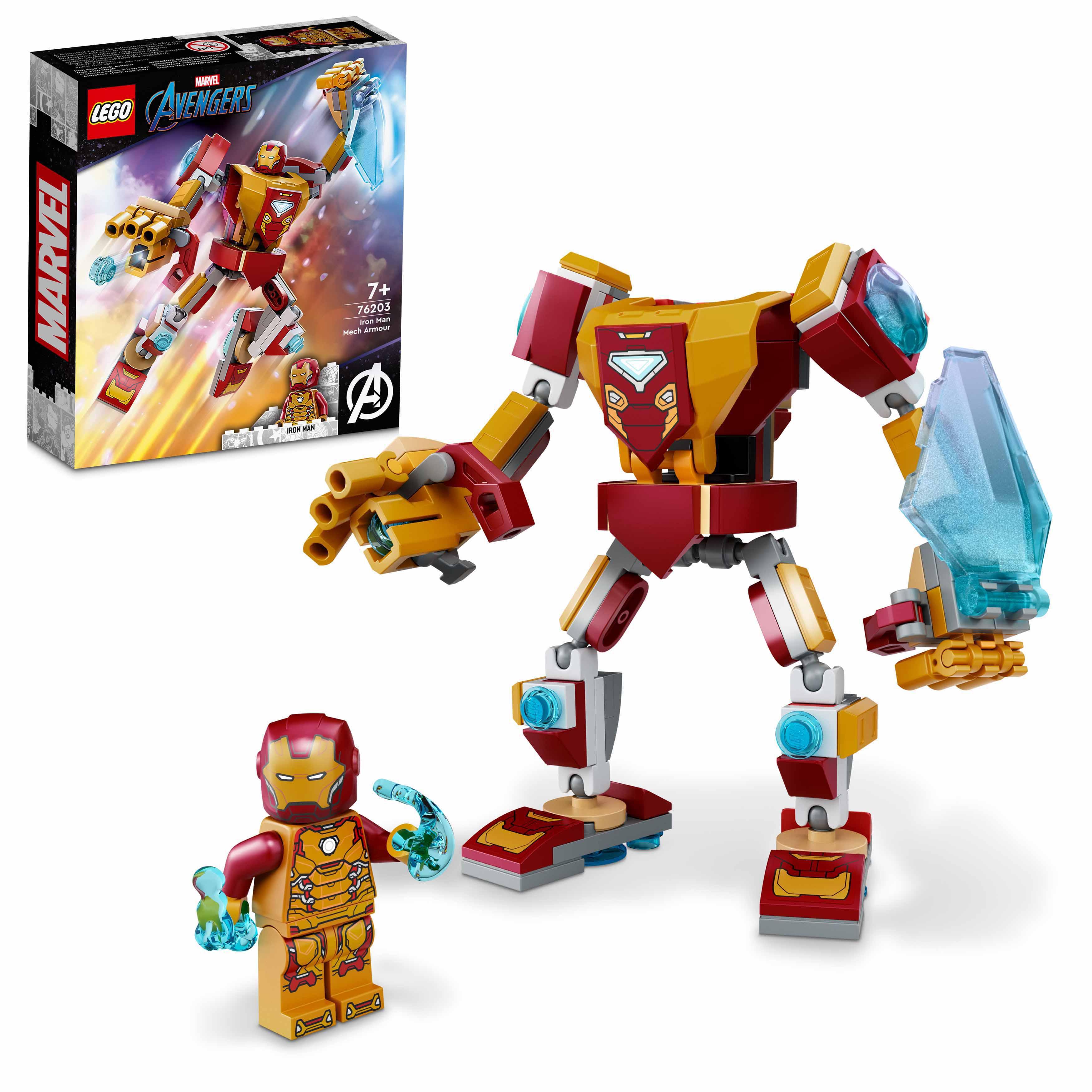 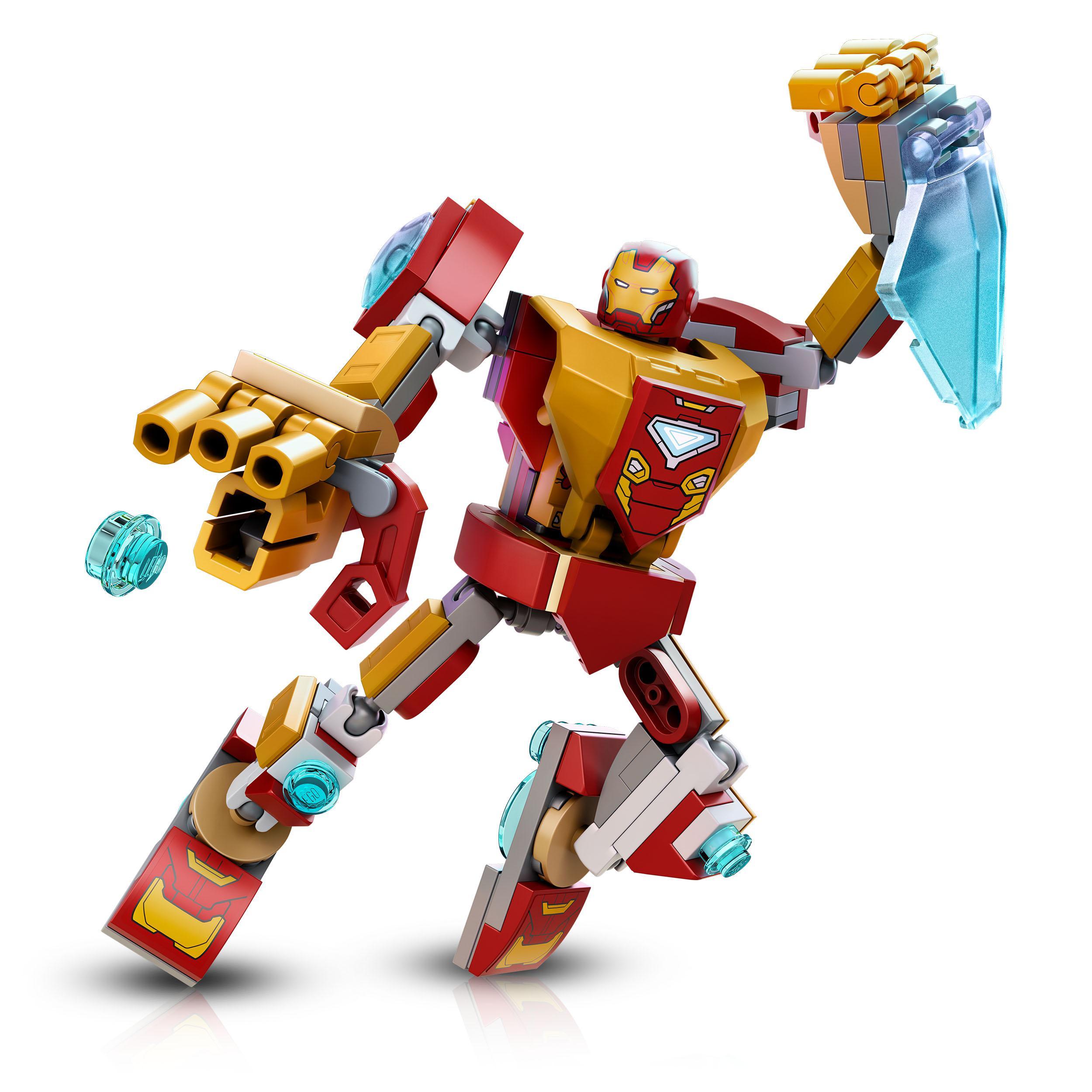 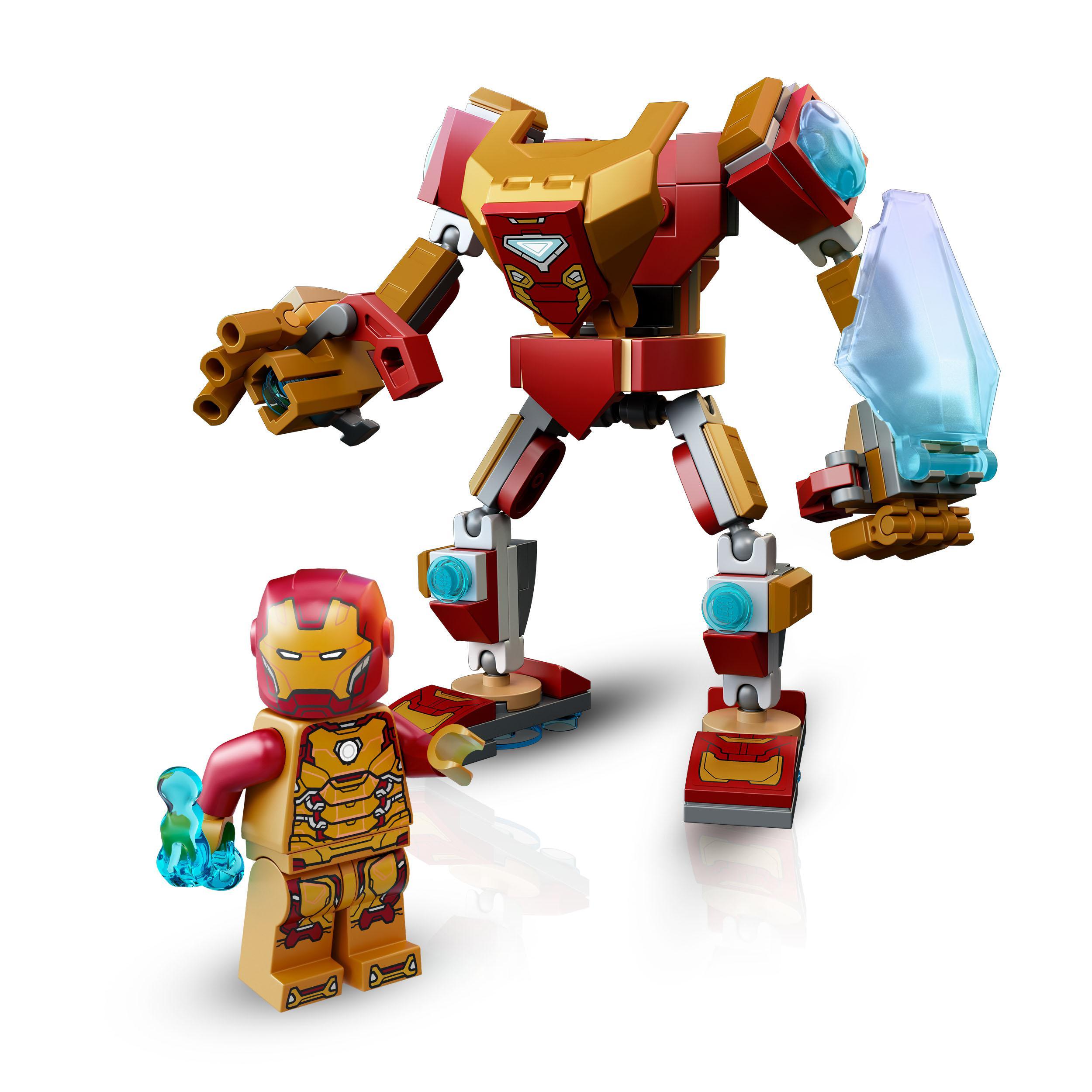 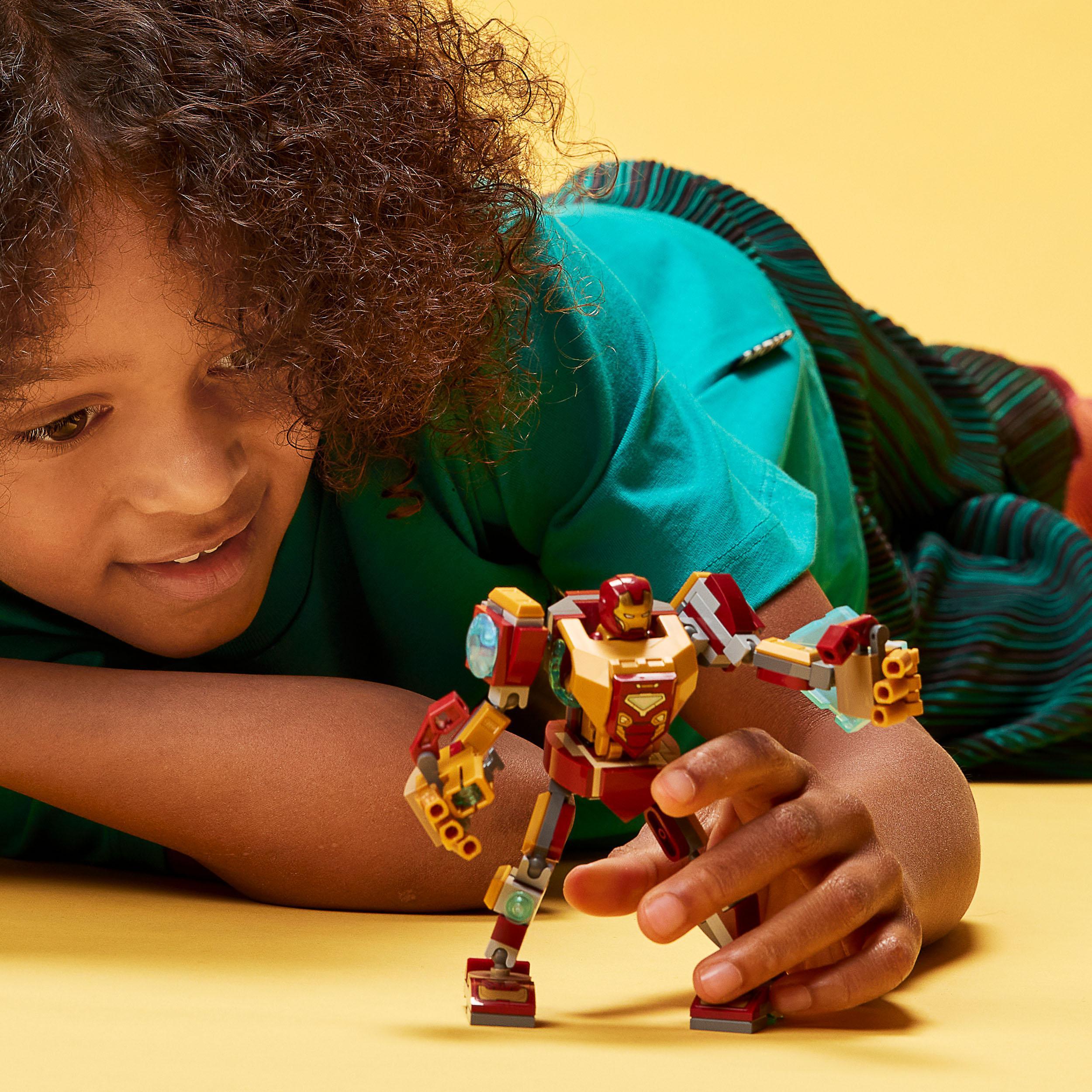 All kids love Iron Man, right? Well, this mighty mech makes the Iron Man play experience bigger and better. Kids place the Iron Man minifigure into the opening cockpit of the giant Iron Man mech. With the mech’s loaded stud shooter, large energy shield and fully jointed arms and legs, kids can recreate favourite movie scenes, take on other mechs in epic battles and play out endless Super-Hero adventures of their own. And, when the action stops, kids will love to display the Iron Man mech in their room – until the next adventure!

•    Imaginative play and display – Kids put the Iron Man minifigure into the mech’s opening cockpit, then use the movable mech to role-play endless battles and Super-Hero adventures

•    Gift for Marvel fans – This versatile mech can be gifted as a birthday, holiday or any-day treat for kids aged 7 and up

•    Portable play – Standing over 4.5 in. (11 cm) tall, the highly posable mech is big enough for epic play and easy to carry wherever kids go