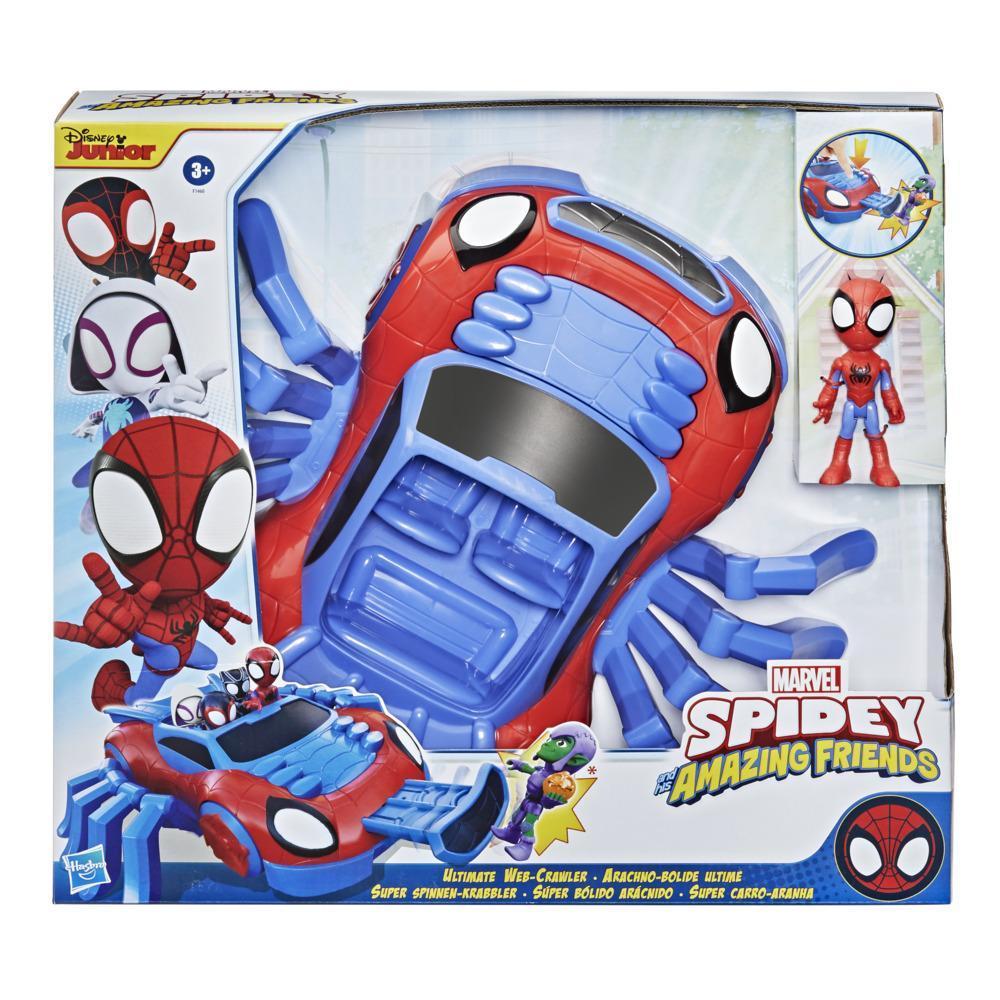 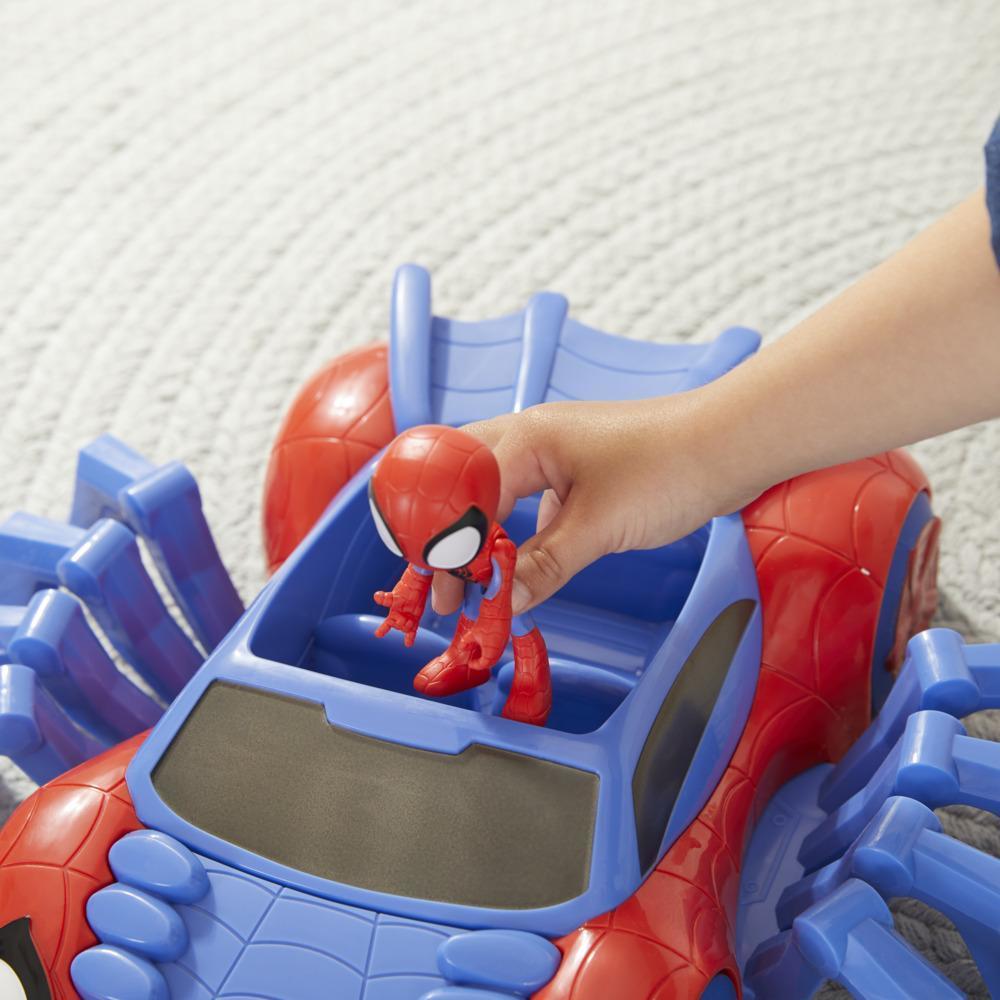 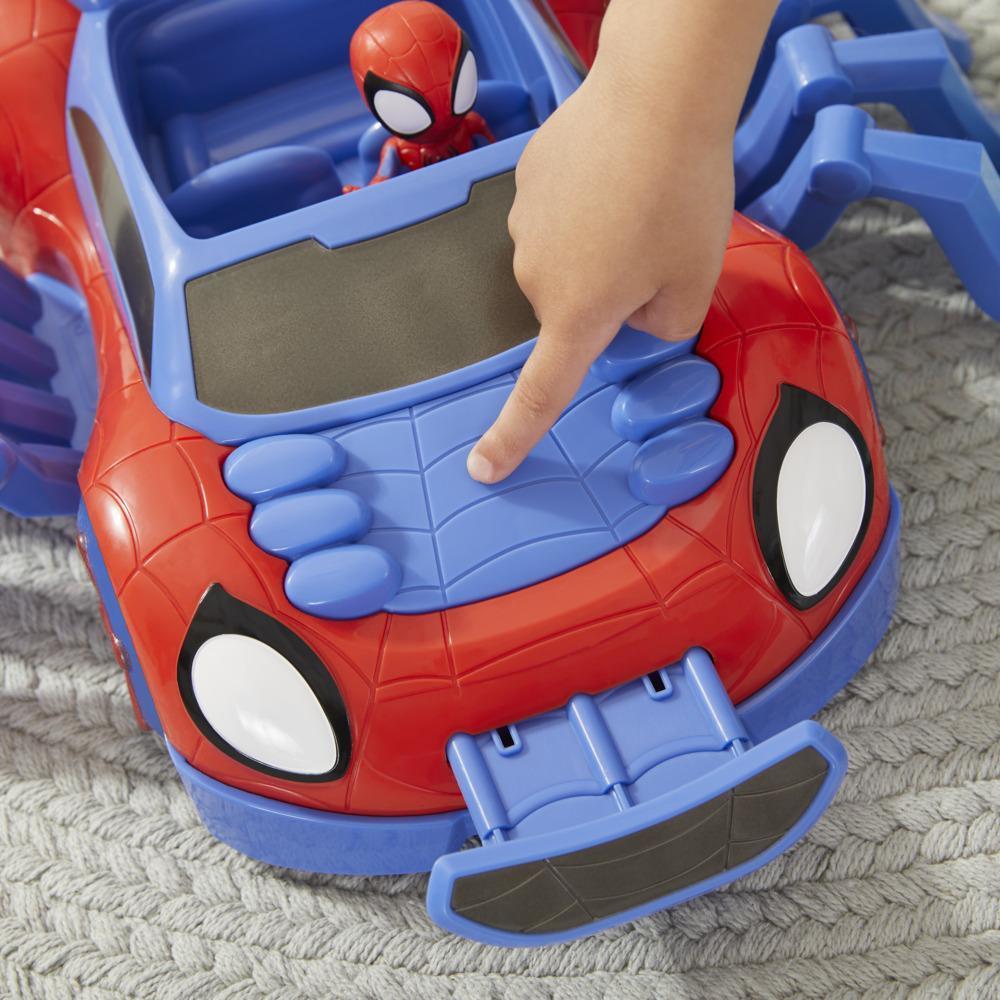 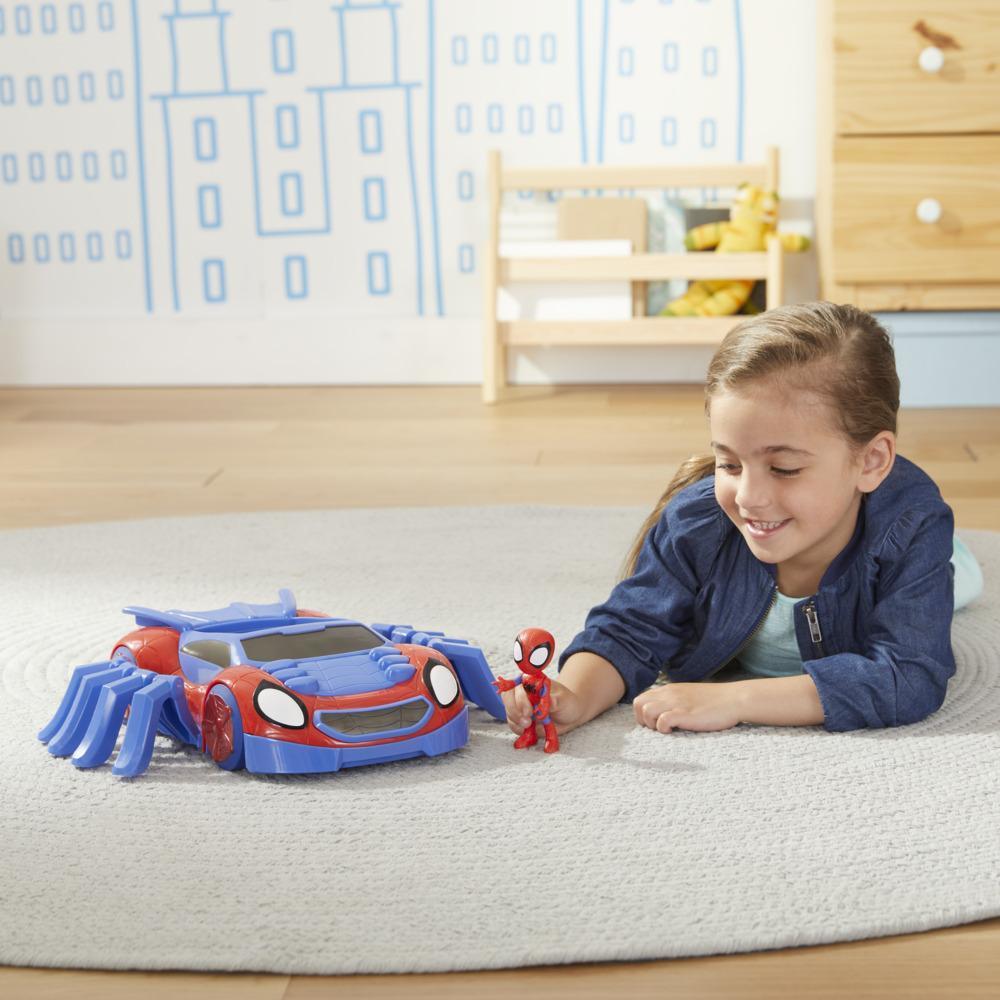 After Peter Parker was bitten by a radioactive arachnid, he became the friendly neighbourhood Spider-Man! Peter loves science, and he uses his smarts to invent things, like his web-shooters, but also to solve problems. That's what makes him such a great team leader. Spidey always tries to do the right thing, but as everyone knows, that's not easy! He'll always do his best to protect people because he knows that with great power comes great responsibility.

It's Spidey Time! Marvel's Spidey and His Amazing Friends follows the adventures of the Super Hero Spidey and all his heroic friends! Spidey, Ghost-Spider, and Miles Morales all have super spider-powers: spider-sense, super-strength, wall-crawling, and more! Each brings something unique to their crime-fighting adventures, making them even stronger when they're working together as the amazing Spider Team! But even the best team sometimes needs a helping hand— that's when it's good to have allies like Ms. Marvel, Black Panther, and even Hulk! It's hard being a Super Hero, but it helps when you have such Amazing Friends!

Stopping bad guys and crawling walls–Team Spidey does it all!

Copyright MARVEL. All trademarks and registered trademarks are the property of their respective owners.

Hasbro and all related terms are trademarks of Hasbro.

• ICONIC VEHICLE INSPIRED BY THE ANIMATED SHOW: Web-out with an iconic Marvel vehicle and character! Kids will love playing with this fan-favorite character and vehicle inspired by the popular Marvel animated show on Disney Jr.

• LARGE ROLLING VEHICLE WITH SPIDEY LEGS: Put the Spidey figure in the driver's seat and roll to the rescue. Includes space for up to four figures

• VEHICLE INCLUDES SPIDEY STUNNER FEATURE: Go Spidey Go! Push the large button on the hood of the Ultimate Web-Crawler and the bumper pops out to knock down baddies

• IMAGINE THE SENSATIONAL WORLD OF SPIDEY: Inspire bold, creative play with this Marvel Spidey and His Amazing Friends Ultimate Web-Crawler, perfect for pre-schoolers ages 3 and up

• Warning: Choking Hazard - Small parts may be generated. Not for children under 3 years.