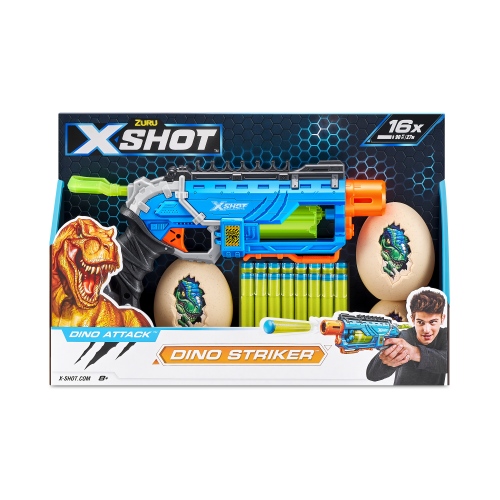 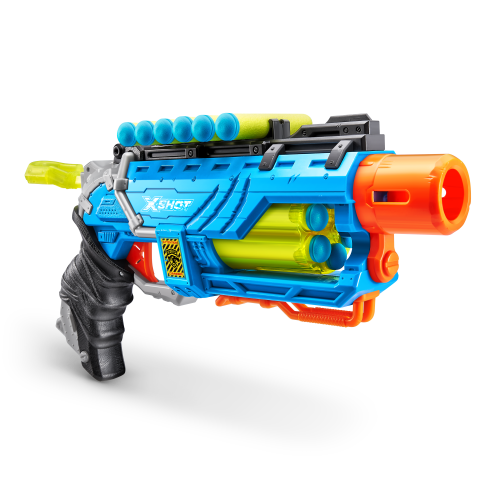 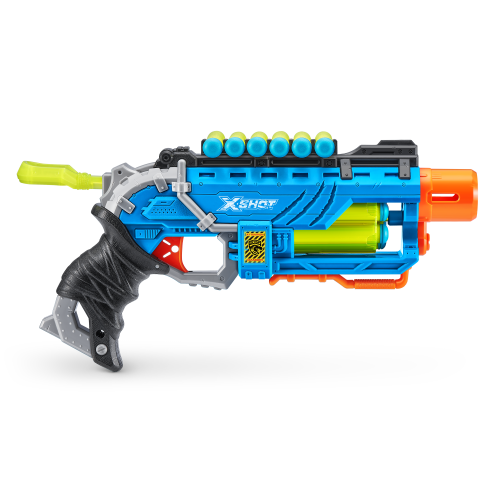 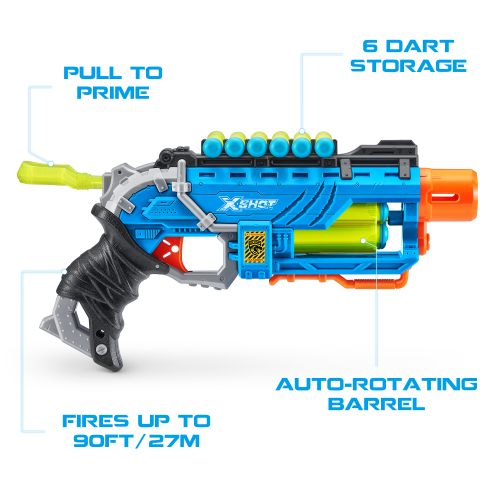 Be ready to strike with the X-Shot Dino Attack Dino Striker! Annihilate Dino eggs with extreme accuracy from up to 27m / 90 feet away. With its auto-rotating 6-dart barrel and additional 6 dart storage on top, you'll always be prepared to strike.